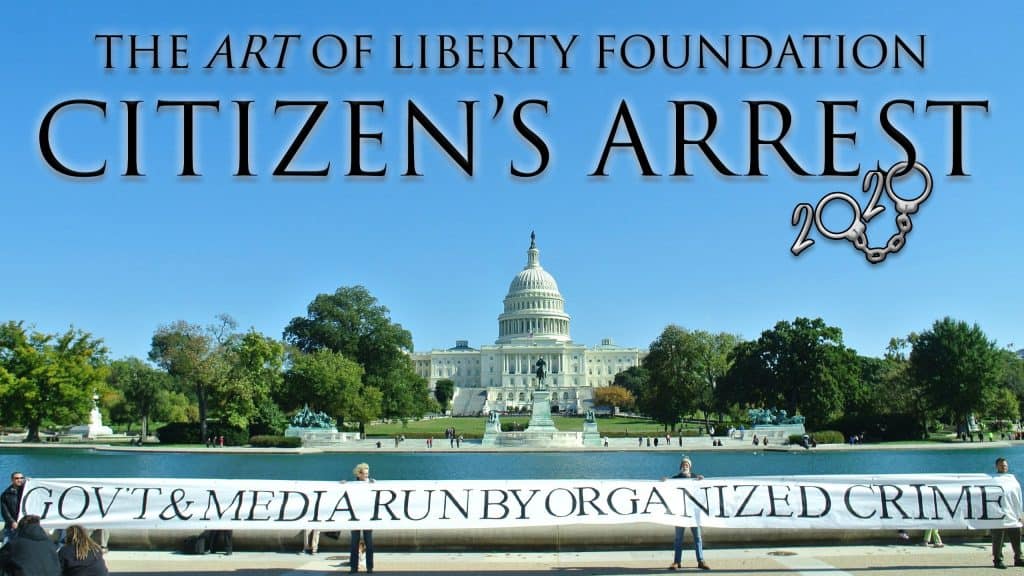 In my speech @ Anarchadelphia 2019 I told the story of “The Biggest Secret of the Secret Service – They Know Gov’t is Organized Crime” (Video of speech: https://youtu.be/PZHRT6XAfM4). During the speech I announced Citizen’s Arrest 2020, an effort designed to bring the evidence of “government” illegitimacy and criminality to the Secret Service, US Park Police, and DC Metro Police to support them in effecting a “Citizen’s Arrest” on the 7th anniversary of the Million Vet March on the Memorials: October 13th 2020. I kicked off the effort on the 6th anniversary of the march by stopping by the White House and talking with 30+ members of the uniformed Secret Service. I explained the basics of the artificially indoctrinated religion of Statism, organized crime’s propaganda “matrix” and control-of-perception program, and distributed my business card with the website: UnderstandingOurSlavery.com where they can download 16GB of evidence including my book: Understanding Our Slavery-How Organized Crime Runs the “Government” and Media with Easy Solutions for Real Freedom for free. I got a good vibe from over 70% of them. I am unfortunately sold out of both books and Liberator flash drives currently so I could only give out business cards.

1. It is really easy to talk to the uniformed Secret Service. I was able to have conversations with 30+ in less than 2 hours.. Evidently I hit “shift change” at sometime around 1:00 so two laps around the White House put me into contact with a different set of officers on each lap.

2. I got the impression from many that they knew what I was saying was true. I know the Secret Service has to discuss among themselves the aspects where the Secret Service “leadership” has been involved in covering up crimes at the White House from the cover-up of Vince Foster’s murder and removal of documents from his office to the Secret Service stand down during the JFK assassination to their knowledge of the Franklin Coverup where underage male prostitutes where given access to the White House after hours.

3. Anyone can participate – If you work in DC or are just visiting DC, swing by the White House and ask them yourselves: Would you take action to help end this organized crime system if we were to present to you hard evidence of “government” illegitimacy/criminality AND backed you up with combat veterans and a significant number of people? You can download and create your own: Liberator flash drive for them and permission is granted to copy, spiral-bind and distribute the book.

4. I believe we are ultimately going to have to have a crowd-sourced “reward fund” to help the Secret Service, Park Police and DC Metro police transition to different employment since exposing the illegitimacy of “government” and arresting the organized crime system would put them out-of-a-job.

Citizen’s Arrest 2020 – How You Can Get Involved

Stop by The White House –  Simply walk the perimeter of the White House and Executive Office Building and begin socializing that you know that “Government” is organized crime and would like to respectfully request that they evaluate the evidence and prepare to take action on October 13th 2020. You can download and create your own: Liberator flash drive for them and permission is granted to copy, spiral-bind and distribute to them copies of the book.

Download a copy of: “Government” – The Biggest Scam in History… Exposed! and a Liberator Flash Drive  for Free at: www.Government-Scam.com

Learn more about the Art of Liberty Foundation: https://government-scam.com/home-2/foundation/