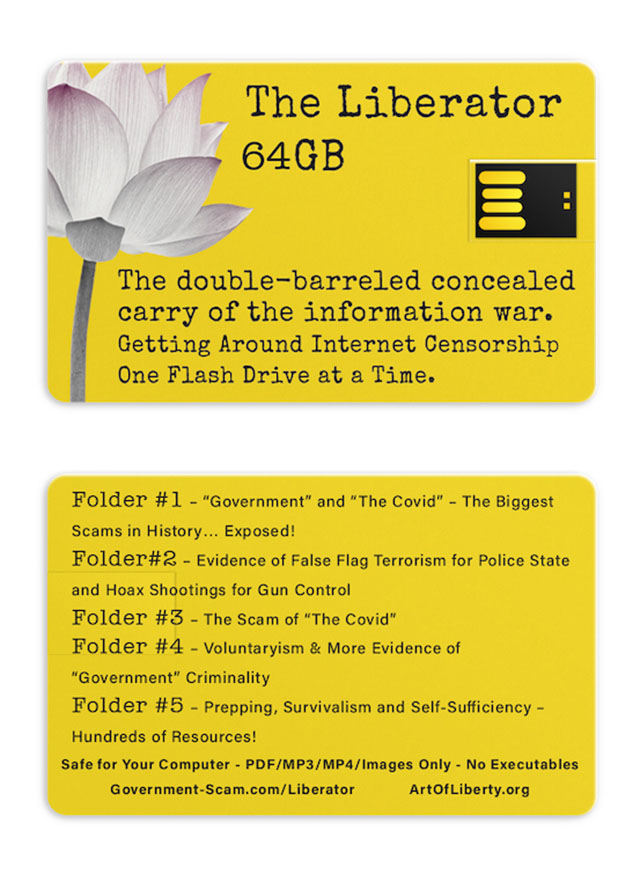 The “Concealed Carry” of the Information War!
64GB Credit card-sized flash drive makes it easy to always have an information weapon to “sneaker-net” around Internet censorship.  Save $15 when you buy a Book + Liberator flash drive combo.

The Liberator – A 64GB uncensorable, credit card-sized flash drive crammed with evidence of “government” and media criminality. that can be easily copied for friends, relatives, and colleagues.   The drive includes 5 Major Sections:

3. “The Covid” & Economic Warfare – The best documentaries, research, and evidence that the “Government” and organized crime media staged a “pandemic” to rob and control the population. 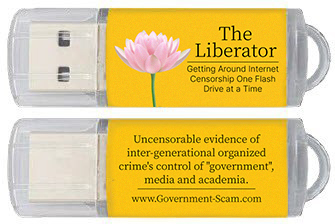 Resistance is the difference between being “enslaved” and being a “Slave”. We make it easy to fight organized crime’s propaganda system. Simply copy one of our Liberators to a thumb drive or copy your thumb drive to a friend’s computer.

Download one of the Liberators to a USB thumb drive with at least 64GB of space here: The Liberator on DropBox.

On the Liberator or in the download, you will find the instructions and printable stickers you need to wrap a USB thumb drive like the one in the picture to the left.  We have two sizes: