We are currently raising funds to accelerate these efforts.

Read our Executive Summary with information on our capital raise here: E-mail ArtOfLibertyFoundation(at)ProtonMail.com with interest.

Check Out our Public Trello Board – with updates on our current projects and research interests with the ability to sponsor individual projects that we have “teed-up” including updates on the next versions of Understanding Our Slavery, The Liberator, Voluntaryism and other projects and publications. https://trello.com/b/Yxs2WXzc/art-of-liberty-foundation-projects-and-research-interests

Our Current Projects and Programs

The Art of Liberty Foundation is looking to accelerate its growth as a startup public policy organization focused on exposing the illegitimacy and criminality of “government” from a principled voluntaryist libertarian perspective with scholarly research and effective, censorship-resistant dissemination of evidence.  We relocated the foundation to New Hampshire and plan on focusing at least 50% of our efforts in the state with outreach and educational activities and research into peaceful transition strategies from legitimate non-redistributive public services to free-market schools, private protection companies, and insurance-agency supported fire brigades.

“Government” – The Biggest Scam in History… Exposed!
Subtitle: How Organized Crime Controls the Government and Media with Easy Solutions for Real Freedom

“Government” the Biggest Scam in History… Exposed! is a book and public relations campaign to widely expose the illegitimacy, illogic, and criminality of “government” and the techniques used by inter-generational organized crime to create the culture of tax slavery in their populations.  The project includes a book “Government” – The Biggest Scam in History… Exposed! which details 20+ techniques using historical photographs, visualizations, images, and infographics to expose the historical pattern of manipulation used by organized crime to rob and control populations using “Government”.  The book offers easy solutions for exposing the propaganda & control system and transitioning to voluntary societies.  As of june 2020 the book is currently going in its 4th edition / 6th printing and has been read or downloaded on-line over 10,000+ times. 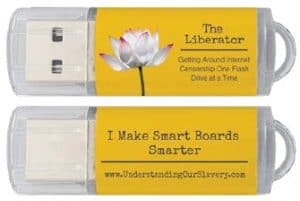 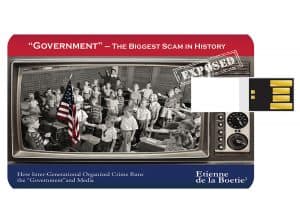 The project also distributes the preview copy of “Government” – The Biggest Scam in History… Exposed!  and educational materials on voluntaryist/libertarian ideas and evidence of “Government” and Media criminality from Dropboxes, USB flash drives, and data DVDs called: The Liberator which is made available for free on at www.Government-Scam.com/Liberator and can be copied to your own flash drives or Data DVDs and distributed by anyone.

We have started a public Trello board where we are promoting applications, cryptocurrency and blockchain projects with the ability to enhance digital liberty, encrypt communications, and keep data safe from the organized crime government.  We are looking for volunteers to help evaluate potential solutions and donors to help expand the program.
https://trello.com/b/bNvqHIDT/freedom-apps-blockchain-and-crypto-solutions

The Free State Project is an effort by voluntaryist and libertarian-leaning freedom activists to move to a single State, New Hampshire, with a history of liberty and a population low-enough where migration or concentration of freedom-activists could effect real change.  The Pre-State Project is our effort to accelerate the objectives of the Free State Project by exposing organized crime’s control system and offering the voluntaryist alternative of real freedom, non-violence, tolerance, and peace. The goal of the project is to convert 25,000 libertarian-leaning among existing New Hampshire residents to voluntaryism, real freedom and activism by exposing the control system of Statism and government criminality through mass distribution of physical books, Liberator flash drives, and the DVD of Vaxxed! to get around the censorship of the media and the DARPA Internet.  The campaign would also host town hall meetings across the state. Read our Executive Summary Here: https://www.scribd.com/document/386192564/Art-of-Liberty-Foundation-Pre-State-Project-Executive-Summary-December-2018?secret_password=CNxjzPdOKO1ASJgy8LIp

The Eternal Vigilance Haywagon Tour’s goals are to crisscross Vermont and New Hampshire during the Summer/Fall of 2020 with planned and impromptu events.

Organized as a speaking/community service tour with a family friendly “hay ride theme”, the goal is to engage individuals in a causal atmosphere to:

Offer information concerning of the criminality of the fake money system,
the monetary and financial scam operating behind the Covid 19 martial law enactments,
the confiscatory criminality of property taxes and technocratic regulation,
the Money Cartel as an inter-generational organized crime system controlling and operating Banking, “Government”, Monopolized Industry, and Media.

We intend to construct hay bale amphitheaters on each stop where the leading voices of the liberty movement can speak live in-person or, via webcast to local residents.

Future Projects – We have some future projects “teed-up” waiting for the right volunteer leaders and funding to materialize.  Contact us directly if you think you can help. 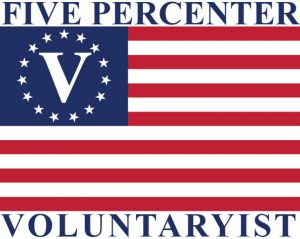 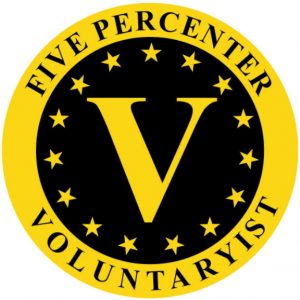 Five is our advice and vison for a voluntary society that encourages liberty-minded individuals to:

A Five Percenter (V%) voluntaryist is an homage to the existing III% movement and a goal to surpass III% of the population in the next peaceful revolution which we are actively stoking.  We are philosophically aligned with the limited government, pro-liberty goals and open resistance to tyranny approach of the current III% and Oath Keeper movements. We are supporting their efforts by explaining the legal framework of Fraud in the Inducement where they are relieved of any oaths, secrecy letters, loyalty etc. because organized crime’s paid for school and propaganda system presented an artificial false narrative on the legitimacy, desirability and necessity of “Government” itself. We believe they will be supportive of our efforts at exposing inter-generational organized crime’s control of the government and media.

Start a Five Public Chapter OR Confidential “Freedom Cell” or Both!  The name is also a double entendre as that level of commitment will allow the Liberty movement to deliver “Five” to the side of organized crime’s proverbial head.  Please e-mail us at ArtOfLiberty(At)TutaNota.com if you are interested in starting a chapter in your town or… keep it on the down low… your choice… 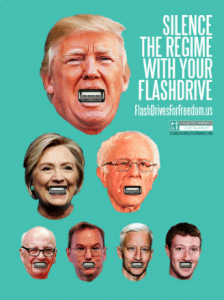 Flash Drives for Freedom is our upcoming campaign to collect USB thumb drives in mass from corporations and individuals and populate them with educational materials on voluntaryist/libertarian thought. The organization is US-focused with an homage to the original Flash Drives for Freedom campaigners that smuggles USB drives into North Korea and demonstrates that both regimes are using the exact same techniques on their populations.  We are looking for a sponsor or funder for a wide-spread initiative.