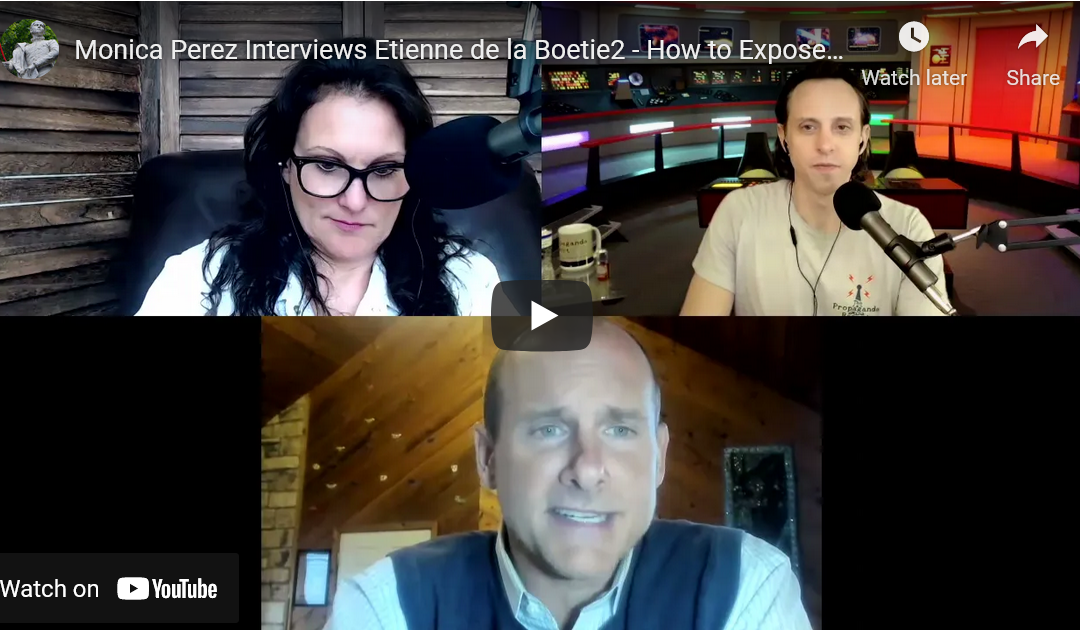 Monica Perez interviews Etienne de la Boetie2, founder of the Art of Liberty Foundation on the Foundation’s plan to free a single US State by widely exposing organized crime’s control of the “Government” and media. The plan is to overcome organized crime’s monopolization of the media and algorithmic censorship of the DARPA internet using what Boetie2 calls the “Brute Force Attack” on Censorship: Going door-to-door in a targeted way in a single US State, New Hampshire… in support of the Free State Project, dropping off hard copies of the book: “Government” – The Biggest Scam in History… Exposed!, a 16GB credit card-sized flash drive backing up the book (The Liberator) , a to-be-determined documentary and letter/invitation driving the population to in-person town hall events where their questions get answered and they are introduced to the local Liberty community and moved to uncensorable, open-source, encrypted communications platforms.