Is Amazon really “A Mason”? – Making the case that Amazon is part of organized crime’s control-of-perception program

Is Amazon really “ AMASON” – Making the Case that AMAZON is Part of Organized Crime´s Control of Perception Program.

Amazon has been caught digitally burning book on their “Kindle” and “Fire platforms, censoring books exposing The Sandy Hook hoax, 9-11 Truth, engineered Islamic mass migration in Europe, and other government criminality, censoring books reviews including negative reviews of Hillary Clinton´s book “What Happened”. Amason Prime removed the award-winning documentary Vaxxed which exposed that the CDC has been lying about vaccines causing autism, other vaccine-awareness videos including Shoot-EM Up- The Truth About Vaccines, and Man-Made Pandemic. They also censored Flipping the Script: When Parents Flight Back (harmfulness of chemotherapy for kids), Root Causes (Harmfulness of root canals), Behind the Fear: The Hidden Story of HIV (HIV Scam) & Cancer Cab Be Killed (how to cure cancer naturally, Amazon Prime (and Netflix with their $50M deal with the Obamas) are the prime outlets for the 800+ movies and 1000+ television shows funded/supported by the DoD and intelligence agencies that are product-placing the American flag, making government employees (FBI/CIA/ATF/Police,etc) the heroes, and using propaganda techniques like anchoring where scenes of high positive emotion are created and the “anchored” to the flag.

Amason Getting Hundreds of Millions from the Intelligence Agencies and Spying on the Population with Alexa, Echo and Rings Cameras

Amason Getting Hundreds of Millions from the Intelligence Agencies and Spying on the Population with Alexa, Echo and Rings Cameras

Amason has a $600 million dollar deal with the intelligence agencies for secure cloud services and other agencies spend more than $47 million a year for cloud services alone. Amason (supposedly) lost $10 Billion dollar DoD contract for de JEDI “war cloud” network but they are appealing the decision so don’t be surprised when organized crime gets handed more tax payer dollars.

Amason´s Alexa and Echo spy on the population their homes and the company Ring Doorbell cameras have been quietly wire into over 600+ police departments(and likely Homeland Security Fusion Centers) to create a network of surveillance cameras in suburban neighborhoods that never would have been tolerated if the organized crime government has done so openly. The Amason Key system puts a camera in your house covering everyone coming and going and lets them remotely unlock the door.

Amason´s Economic Warfare Against Its Own Costumers and the Population

In addition to control-of-perception and spying, Amason is now openly competing with its own costumers the company´s third-party marketplace represents millions of individual sellers who sell on the Amason platform (including this author to get the evidence out before we are censored off). Amason began competing with their costumers in 2009 with their own private labels brand. As of August 2019, the company had 135 private label brands ranging from baby food to camera supplies, up to 80 private label brands in June of 2018 with an additional 330 “exclusive brands” manufactured by a 3rd party but only sold on Amason. Many intelligent observes believe Amason was financed by the organized crime banks and “government” to destroy mom & pop retail and individual mail order sellers in a program to destroy private wealth so the population doesn’t have the resources to resist organized crime´s take-over and keeps them working constantly without the time to research and understand the slavery system. The government’s exorbitant income and property taxes, estate taxes, hidden taxes, monopoly privileges, inflation and endless warfare are other examples of the criminal policy. 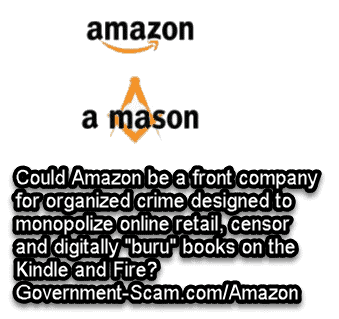 “The problem was how to keep the wheels of industry turning without increasing the real wealth of the world. Goods must be produced, but they need no be disturbed. And in practice the only way of achieving this was by continuous warfare.

… The essential act of war is destruction, not necessarily of the human lives, but of the products of human labor. War is a way of shattering to pieces, our pouring into the stratosphere, or sinking into the depths of the sea, materials which might otherwise be used to make the masses too comfortable, and hence in the long run, too intelligent…

…In principle the war effort is always so planned as to eat up any surplus that might exist after meeting the bare needs of the population. In practice the needs of the population are always underestimated, with the result being that there is a chronic shortage of half the necessities of life; this is looked upon as an advantage. It is deliberate policy to keep even the favored groups somewhere near to brink of hardship, because a general state of scarcity increases the importance of small Privileges and thus magnifies the distinction between one group and another” 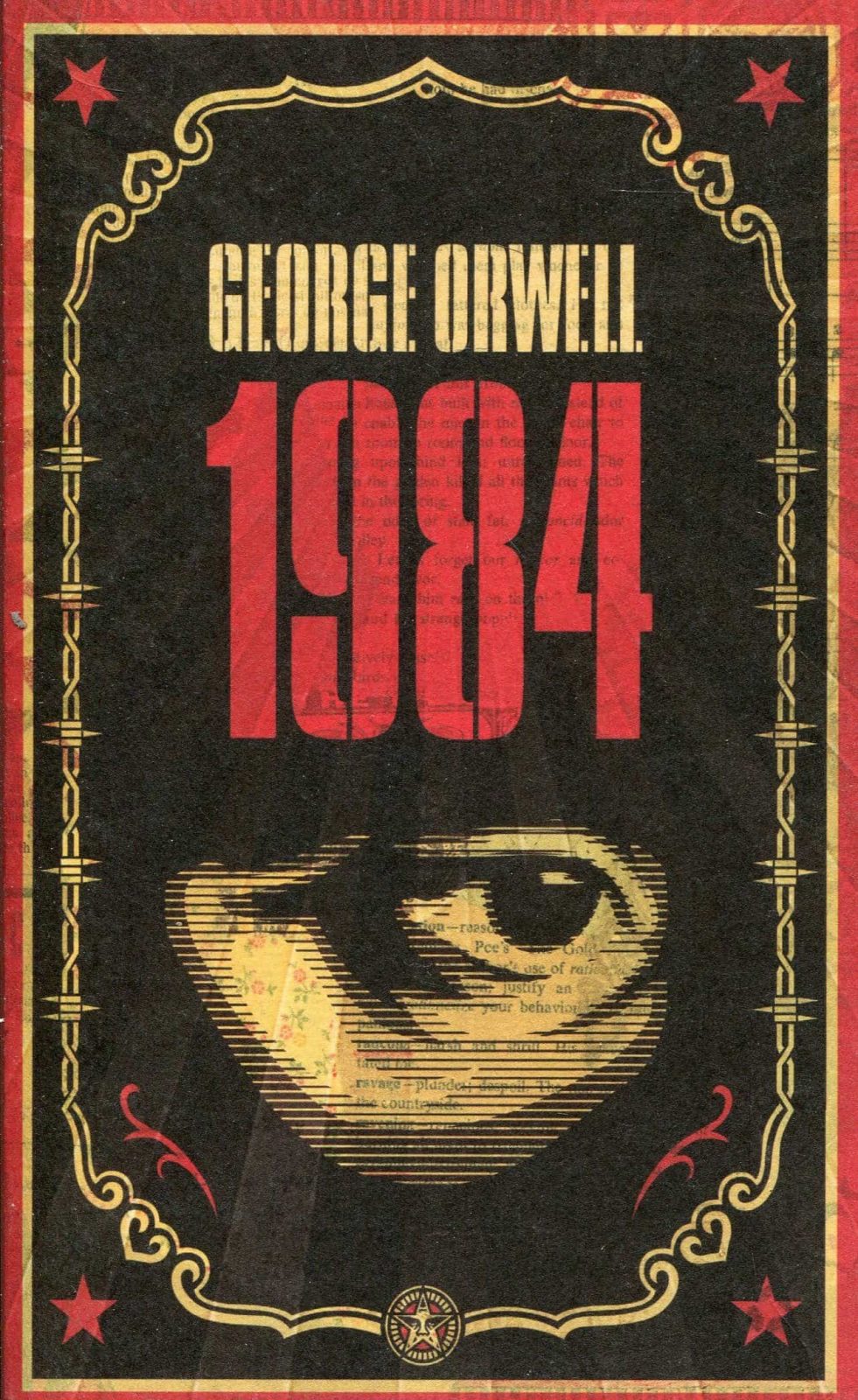 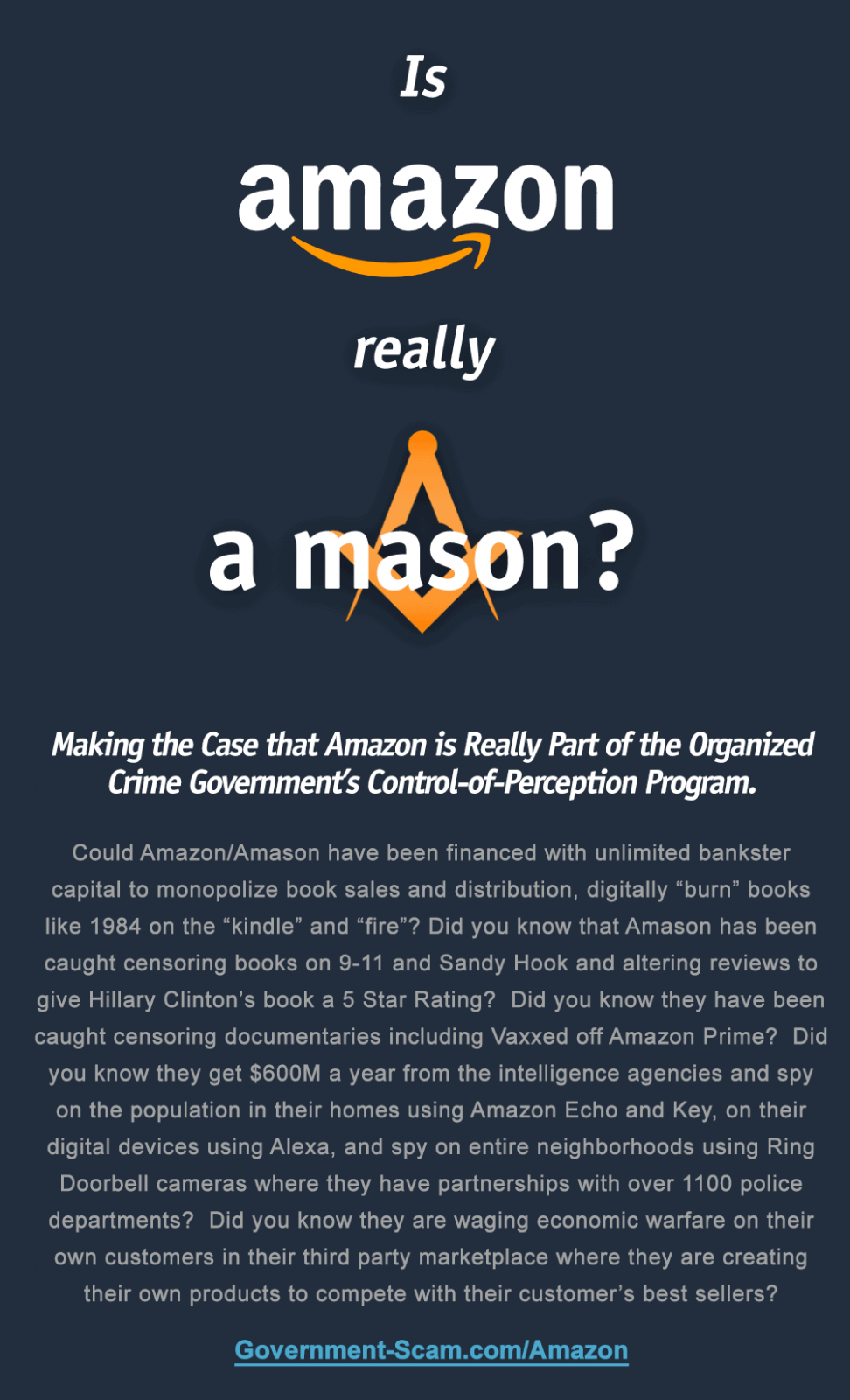 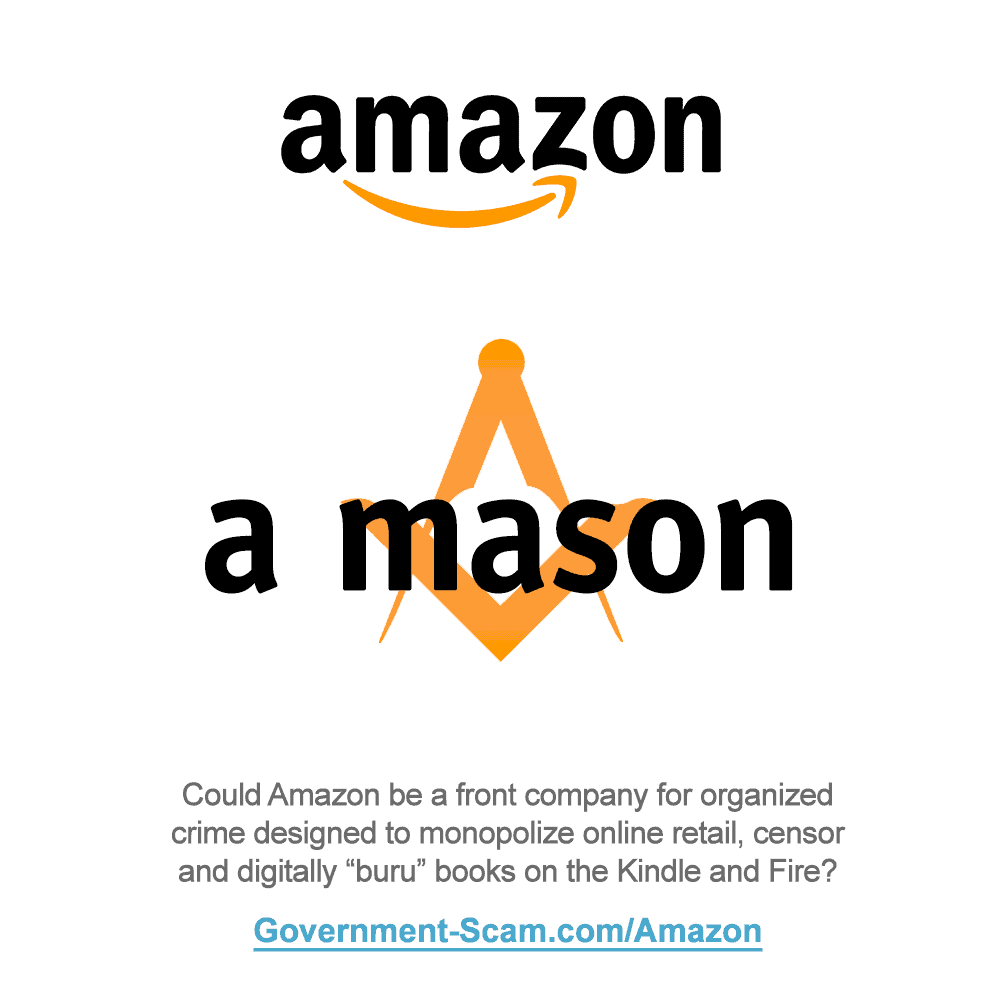 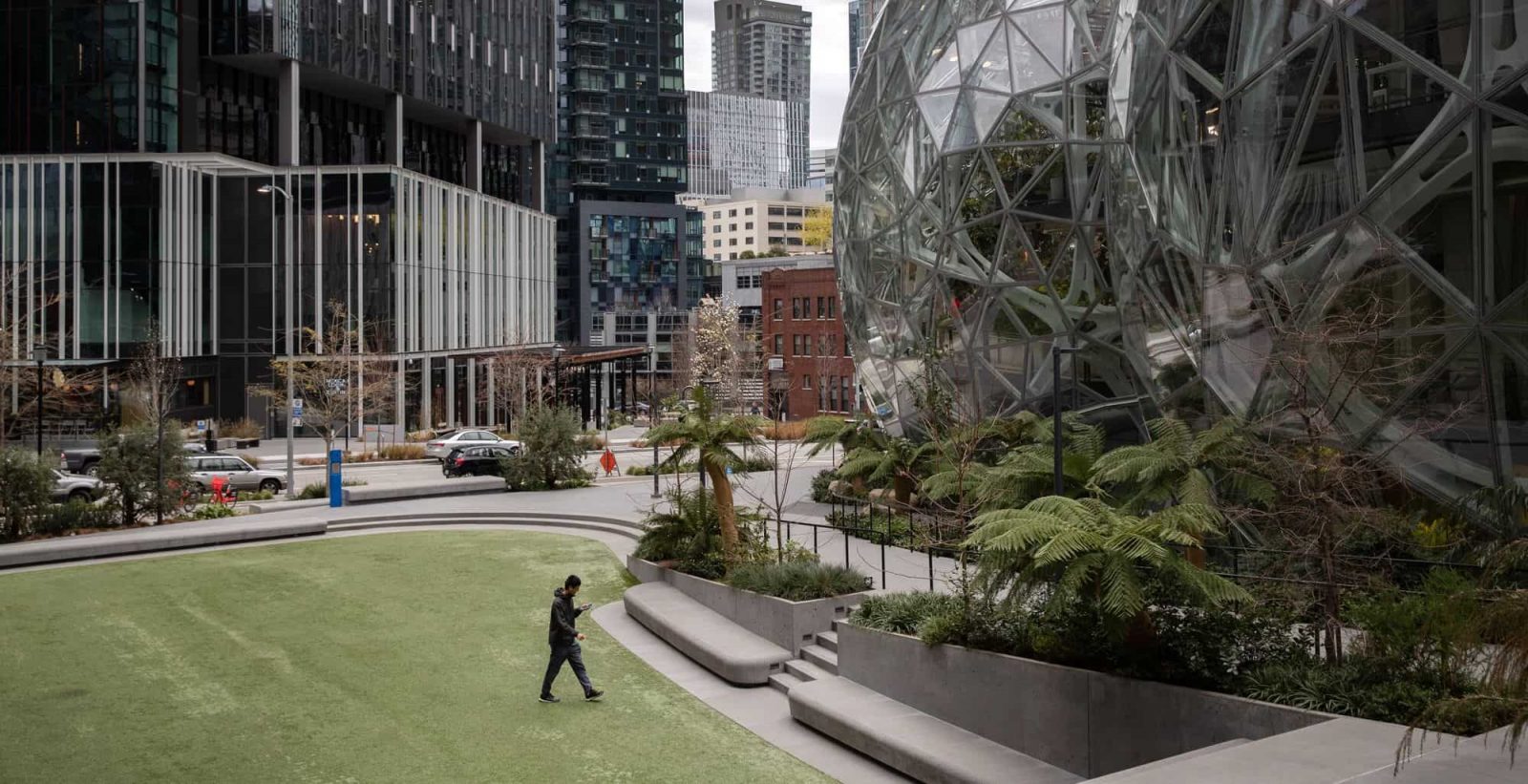 Amazon Met With Startups About Investing, Then Launched Competing Products 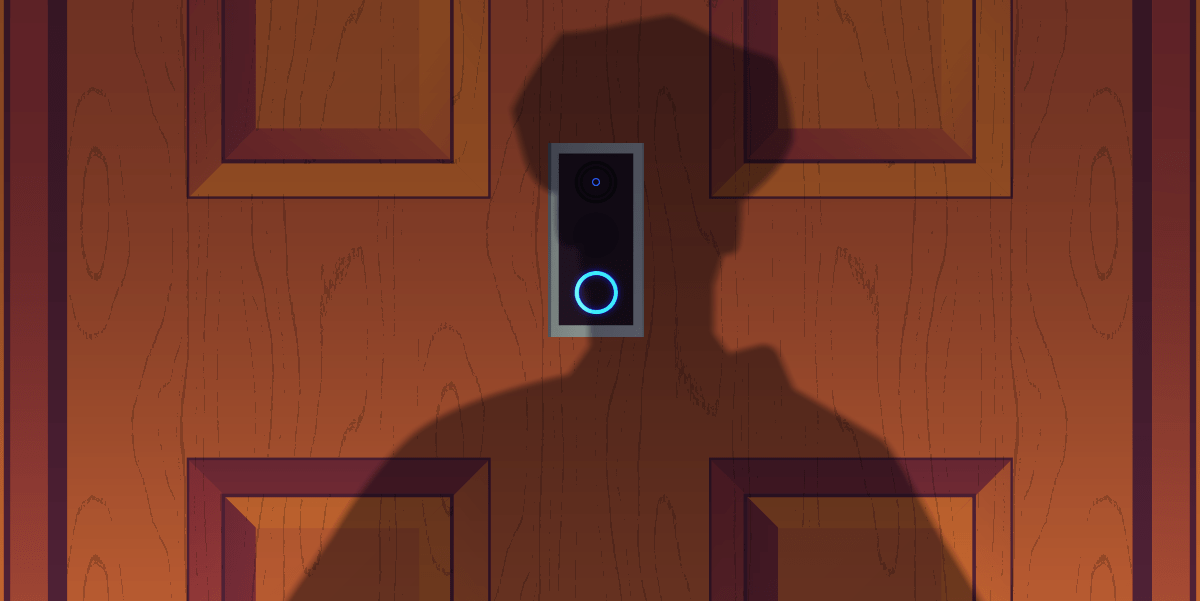 As nationwide protests force a deep examination of police tactics and funding, technology companies say they are re-evaluating their relationship with law enforcement as well. Amazon has halted police use of its facial recognition technology for one year and the website Nextdoor has stopped forwarding tips to police…. 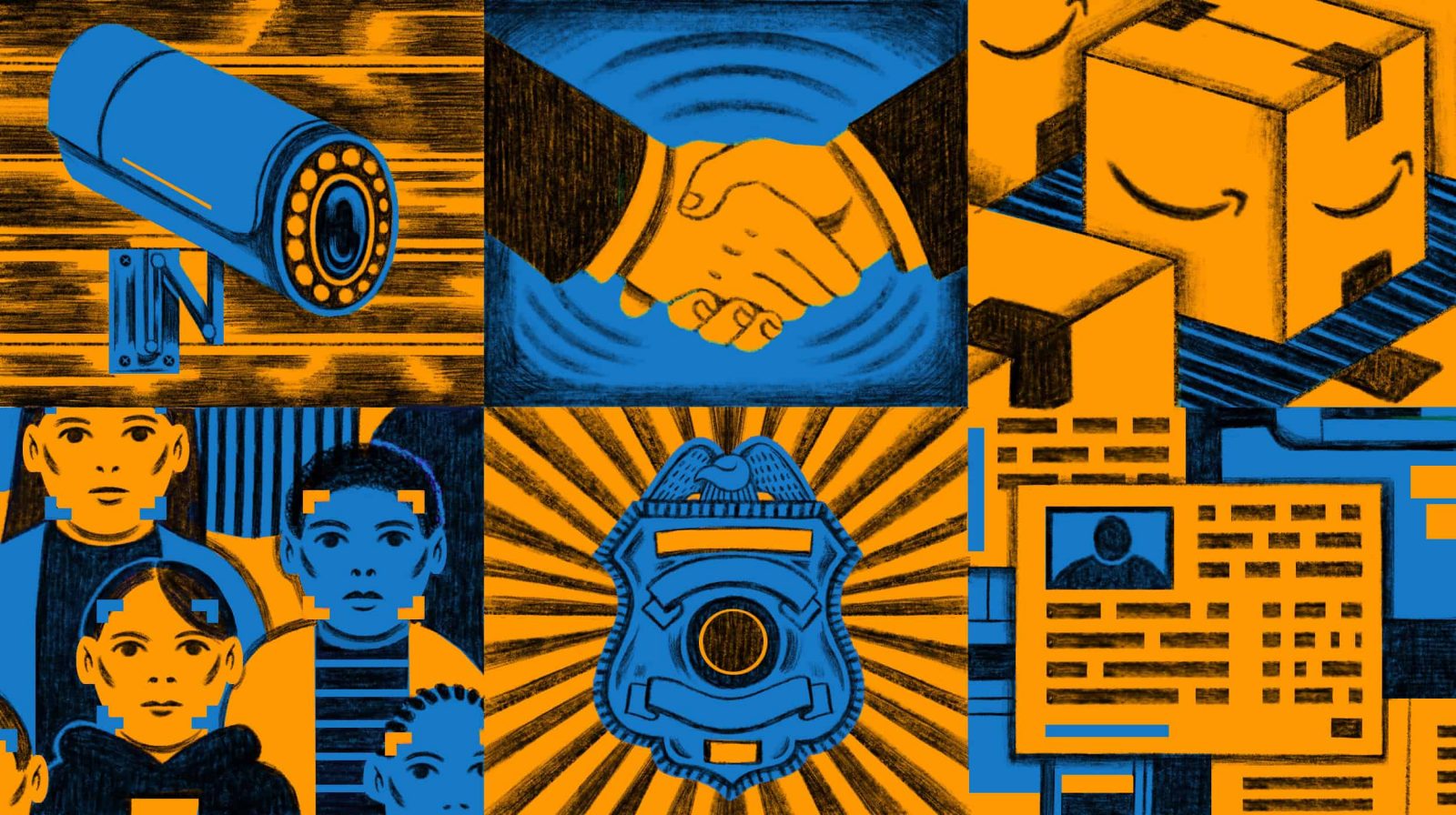 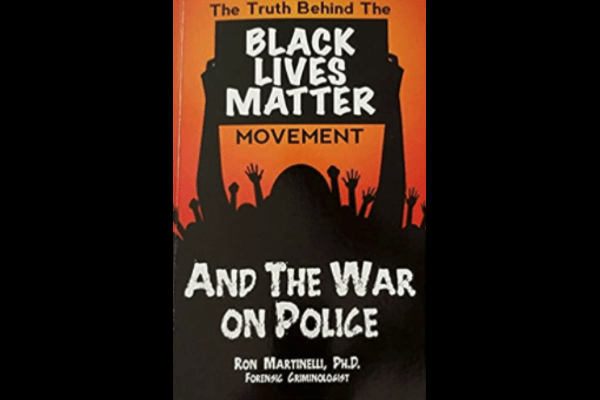 Do you want to know the truth about the Black Lives Matter movement? Are you willing to look at their agenda objectively? Have you wondered why only a select few black lives actually matter to this organization? Do you wonder how they’ve become lavishly funded?….

If you’re tired of cancel culture and censorship subscribe to Reclaim The Net.

Former New York Times reporter Alex Berenson, a lockdown skeptic who is no stranger to Amazon’s censorship, shared on Twitter screenshots of two messages that he suggests prove tech behemoth Amazon is censoring e-books about coronavirus….. 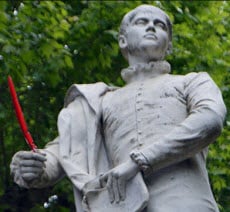 Etienne de la Boetie2  is the author of the article: Pandemic – Covid 19 is a Scam, A Multi-Trillion Dollar Bank Robbery and Economic Warfare Against the Population By Organized Crime Interests in “Government” on Wall Street, and in the Media and the new book “Government” – The Biggest scam in History…Exposed!, which exposes intergenerational organized crime´s control of the government and the media. Mr. Boetie2 is the co-funder of the Art of Liberty Foundation, a start-up public policy organization promoting voluntary solutions to socio-economic issues from principled voluntarist perspective. A book preview is available for free in PDF at www.Government-scam.com. The effort also backs up the book and Plandemic article with documentaries, short videos, MP3s, and books on uncensorable Flash Drives that can also be created by you at home for your friends and family from our Dropbox at https://government-scam.com/liberator/ or https://www.dropbox.com/sh/cocj4c4g4dge5ae/AAD989ik8cHQaoINjlrw9q3da?cl=0

The Art of Liberty Foundation is a start-up nonprofit organization devoted to independent research into inter-generational organized crimes of “Government”, Statism, nationalism, central banking, monopoly, propaganda and other control-of-perception tactics in economic warfare against free humanity. Its mission is to conduct high-quality independent research and, based on that research, to provide innovative, practical recommendations on information warfare, liberation & transition strategies, and voluntaryist free market solutions. The conclusions and recommendations of  any Art of Liberty Foundation publication are solely those of its author(s), and do not deflect the views of the foundation, Its management, board or its other scholars.