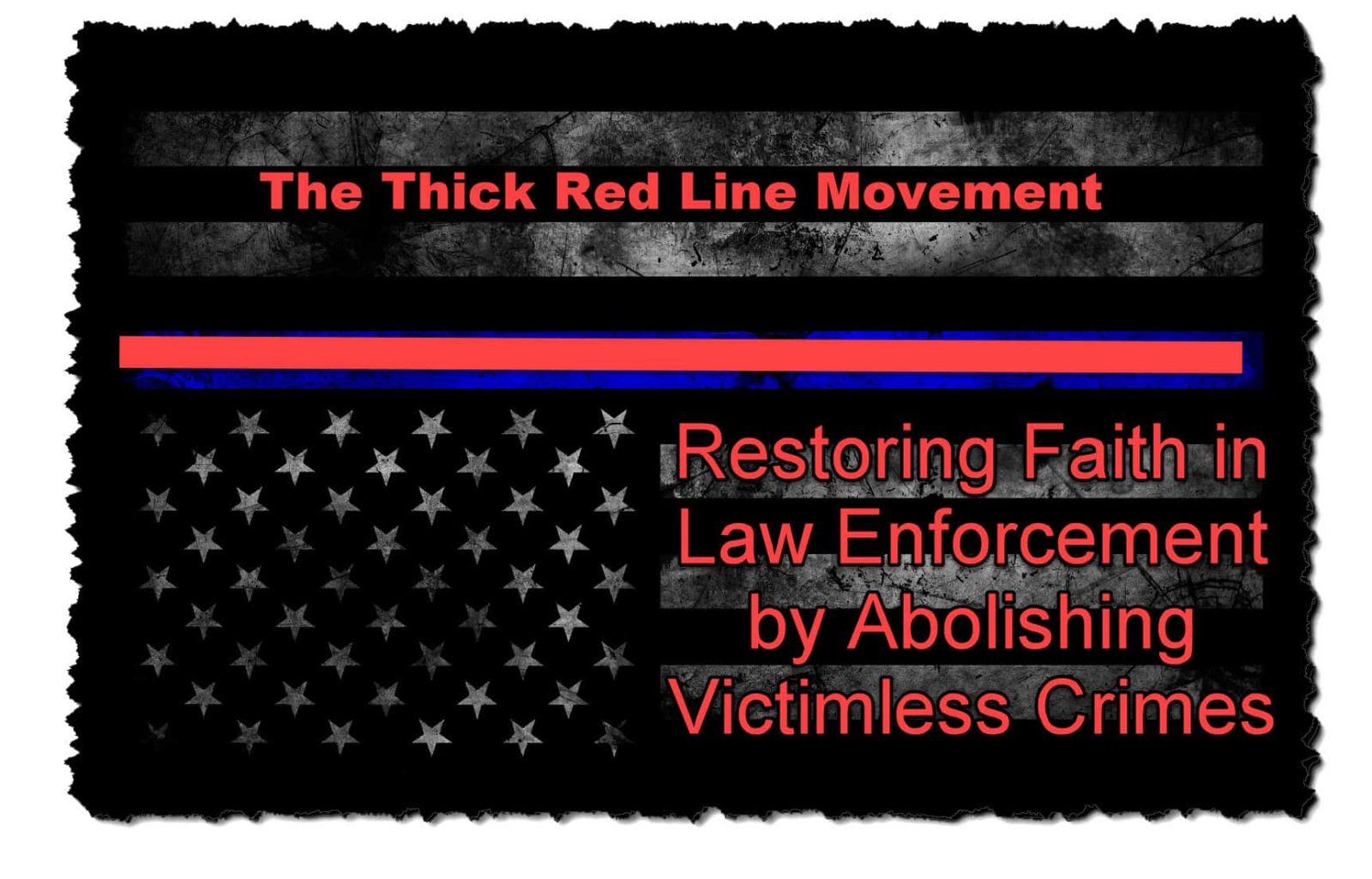 The Thick Red Line movement is an effort to restore respect for law enforcement by abolishing victimless crime. We are concerned for the safety of both the police and the public in the wake of the George Floyd riots.  We believe we have a solution that safeguards both and dramatically reduces the amount of violence in society while reducing costs to the tax payer, dramatically reduces the prison population, and frees up the police to focus on real crime.

A real crime, by definition, has a perpetrator and a victim: murder, assault, rape, theft, and extortion are all obvious crimes because there is a victim.  The “government” frequently institutes illogical, immoral and counter-productive “laws” (politician scribbles) that penalize peaceful, non-violent people for “crimes” that have no victim.  Drug possession, gambling, and making arrests for ignoring Covid-19 lock down and social distancing orders are examples of victimless crimes where politicians attempt to get police to use violence immorally and preemptively on mostly peaceful people frequently to raise revenue.  When the police use violence and coercion against peaceful people for victimless crimes it makes the cops the criminals who are engaged in kidnapping and extortion under the color of law.

To restore the trust and faith in the police, we are suggesting that individual police officers organize their colleagues and departments through their union and/or collectively without the union into a department-wide refusal to enforce any law or regulation that doesn’t have a real victim. This would dramatically reduce the violence in society directly committed by the police, reduce the influence of organized crime by getting rid of drug, gambling and prostitution markets, and dramatically reduce the almost 500,000 people incarcerated for victimless crimes who are frequently forced to work as slave labor in for-profit prisons.

The officers of this department recognize natural law and understand that it is morally and logically impossible for the government or our badge to confer rights upon us that the population does not have and cannot delegate.  We pledge to only act to protect lives, liberty and property.  We renounce the use of violence on peaceful people and refuse to enforce:

I and the officers of this Thick Red Line department recognize natural law, basic morality, the Non-Aggression Principal and understand that it is morally and logically impossible for the “government” and/or our badge to confer rights upon us that the population does not have and cannot delegate.

We pledge only to act to protect lives, liberty and property.

We renounce the use of violence on peaceful people to achieve governmental “goals” and refuse to enforce: 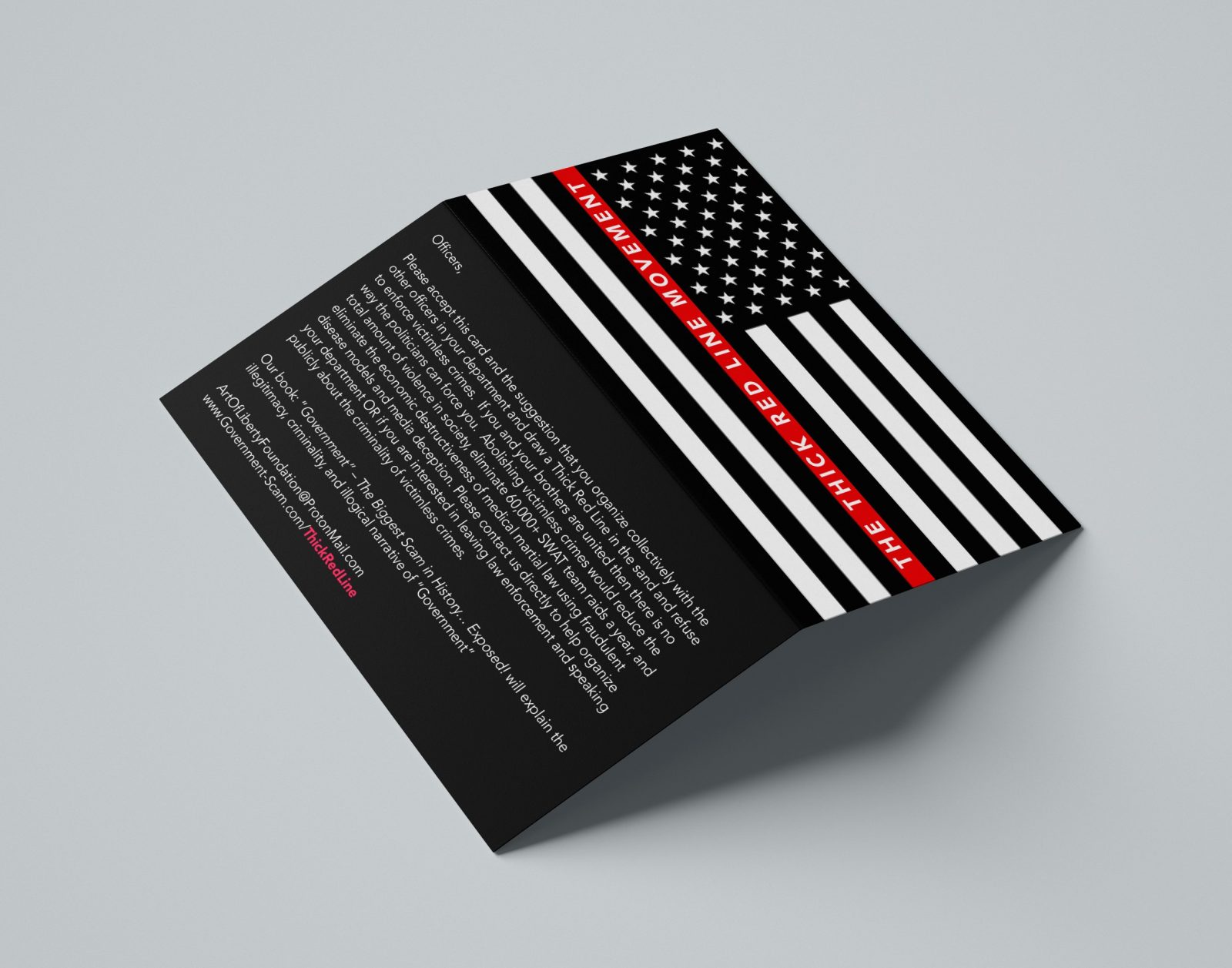 Please accept this card and the suggestion that you organize collectively with the other officers in your department and draw a Thick Red Line in the sand and refuse to enforce victimless crimes.  If you and your brothers are united then there is no way the politicians can force you.  Abolishing victimless crimes would reduce the total amount of violence in society, eliminate 60,000+ SWAT team raids a year, and eliminate the economic destructiveness of medical martial law using fraudulent disease models and media deception. Please contact us directly to help organize your department OR if you are interested in leaving law enforcement and speaking publicly about the criminality of victimless crimes.

Our book: “Government” – The Biggest Scam in History… Exposed! will explain the illegitimacy, criminality, and illogical narrative of “Government”

The Art of Liberty Foundation is a start-up public policy organization that promotes voluntary solutions to societal problems while exposing inter-generational organized crime’s control of the “Government” and Media.  We are fundraising for a meme, flyer/cards4cops and website campaign that would attempt to organize police departments into collective peaceful civil disobedience abolishing the enforcement of victimless crimes. It would explain to police natural law rights in easy-to-understand terms and feature the testimony of voluntaryist police officers who have left the profession after realizing the current immorality of the job and how this pledge would restore nobility to those who able to stand strong. Finally, the website will explore privitization and alternatives to monopoly policing including privitization of roads, personal defense providers, private security and innovative privitization efforts like the Detroit Threat Management Center and the reassertion of the elected Sheriff as the supreme law enforcement officer in any locality. 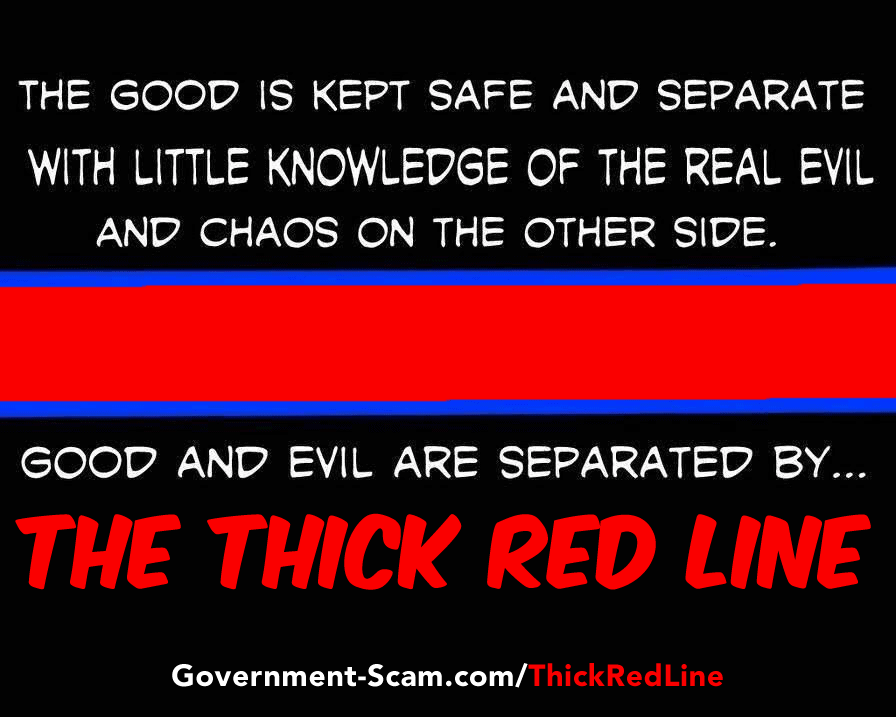