Bernie Sanders is not an “OUTSIDER” – Sanders/Rockefeller Project Outline

Guest columnist Matthew Lyon’s Ghost makes the case that Bernie Sander was and is a Rockefeller-funded politician and supported by David Rockefeller’s daughter Eileen Growald.  Growald is the great-grand-daughter of John D. Rockefeller and a founding chair of Rockefeller Philanthropy Advisors and board member of the David Rockefeller Fund and is active in local Vermont politics where her family has a farm.

Matthew Lyons is the pen name of a Vermont firebrand exposing the fraudulent money system and organizing the Eternal Vigilance HayRide https://government-scam.com/eternalvigilance/

Exposing Bernie Sanders’ true origins (Rockefeller funded) adds value to your existing work. It may considerably boost your exposure if completed and distributed during the run up to the 2020 election cycle.

Points
1.) Eileen Growald is the Rockefeller now directing “the money”. Shelburne Farms was not
coincidental to the launch of the Ark of Hope in 2001 or the rise of Bernie Sanders from the
1980’s.
2.) McKibben/350.org was created and is groomed to be the next Paul Ehrlich/Maurice Strong.
3.) Connecting Rockefeller, Bernie, Vermont’s Socialist/Neo-feudal experiment to Climate/NWO
is possible.
4.) Exposing Sanders during the 2020 Election cycle offers opportunity for vast exposure of
your previous and future work.
The tie-ins to your other works are many.

In Climate Alarmists Are “Moving The Goalposts” you speak of the “cultural momentum”. LET’S CHANGE IT! With one great story. *Update 7-15-20 Dan Dicks Youtube site Press For Truth has been censored. The link above has been updated to an archive.org wayback capture from April 22,2020

We offer our partnership or assistance on the task. Your work informs much of this project.
You are the natural fit to direct the work.

PS: The links didn’t come through in Protonmail, but all are preserved in the PDF attached.

In relation to; Maurice Strong is Dead You mention the Ark of Hope origination @ Shelburne farms, Vermont and the “attendance of Steven C. Rockefeller”. What you may not have known is that David Rockefeller’s daughter (Eileen Growald), now head of the combined Rockefeller philanthropies since his death, owns Shelburne Farms.

A property long in the family descending from the marriage of (son of James Watson Webb) William Seward Webb to Eliza Osgood Vanderbilt The extended Rockefeller family and associates (including Jebez Bostwick) have had long ties to Vermont.

Laurence (the fourth child of John D. Rockefeller Jr. and Abby Greene Aldrich daughter of Nelson Aldrich of Aldrich Plan fame) was a fixture in Woodstock, Vermont after inheriting land via his wife’s family.
This progression should be familiar to your viewers:
James Watson Webb – A National Currency (1875)
Nelson Aldrich – The Aldrich Plan (1910)
Federal Reserve – (1913)

Overview of the family:

You can draw some value from the text-intro to start to get the lay-of-the-land. I wouldn’t bother with the video – https://www.pbs.org/wgbh/americanexperience/films/rockefellers/

About husband Paul and fund management;
https://growaldfamilyfund.org/about-us/
Paul was a long-time trustee of the Rockefeller Family Fund, the David Rockefeller Fund, and co-chaired his wife’s family’s generational association. With a little more digging I can find the article that mentions her now (since David’s death) being head of essentially everything.

Bostwick side:
They are keeping up the odd religious tradition in Shelburne alluded to in the Ark of Hope jargon. https://www.allsoulsinterfaith.org/

Middlebury College (Midd):
Here is an anecdotal link to the Midd vimeo acct showing the ongoing connection of the Bostwick family with a facility dedication with heir Lucy Bostwick (Midd ’18) speaking.
https://vimeo.com/299086152

Eileen is a graduate as is others in the family: https://engine.presearch.org/search?q=rockefeller%20growald%20%22middlebury%20college%22

You may also remember this about Midd. Charles Murray

Media on Left and Right actively painting Bernie as outsider populist:
Bannon and the Right.
https://youtu.be/BUOY8wY60W4

And the Left.
https://www.zerohedge.com/political/executions-central-park-msnbcs-matthews-warnssocialist-sanders-dictatorship-surreal-clip
Piece out today you do not need to read the whole thing. Quote provided for example
purposes only.
From the Article;
“…Any candidate who isn’t backed by the billionaires of any Party is a rarity and (except for the independent Bernie Sanders, who is truly an exception) has no realistic chance of winning or keeping a seat in Congress…” Source

More;
“… Again, judge the candidates by the enemies they make. The more the powerful smear Tulsi and Bernie, the more you know they are the candidates with principles and integrity. …”
Source
Even these guys at least partially believe Bernie is organic… Luke Rudowski and Larken Rose,
of all people, should have the information they need on Bernie.
https://www.youtube.com/watch?v=i-dPvFr8kl0

Summation:
Outing information that Bernie is not an “organic” political development would be big. I would be willing to go to people privately in Vermont and arrange interviews. Let’s talk. 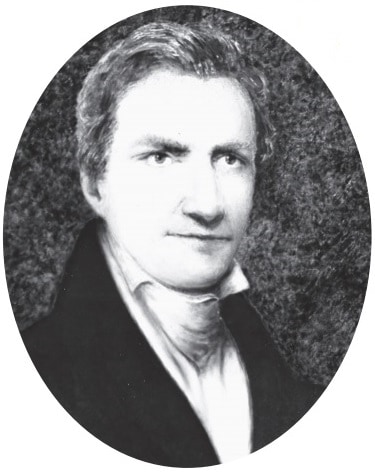 The Ghost of Matthew Lyon – is the co-founder of the Eternal Vigilance Project and the pen name of Trive.News – CEO – Matt White.